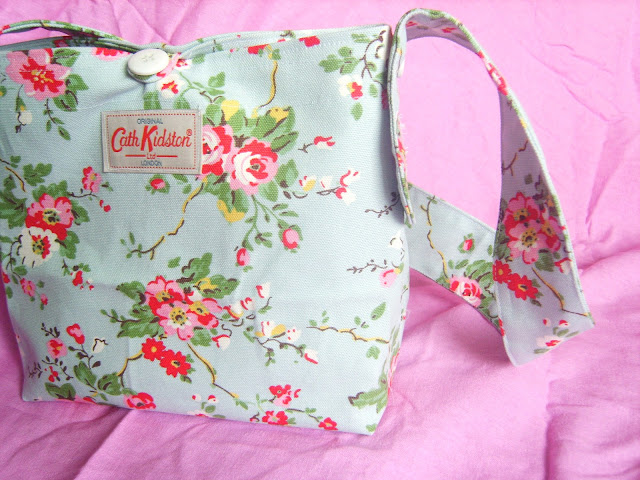 My birthday was last week, and I got two Cath Kidson sewing books. I seriously love the fabrics they have, so when I found out that one of the books (Sew!) not only has patterns for bags and loads more, but also included the fabric pre-cut for the above bag I was so excited! 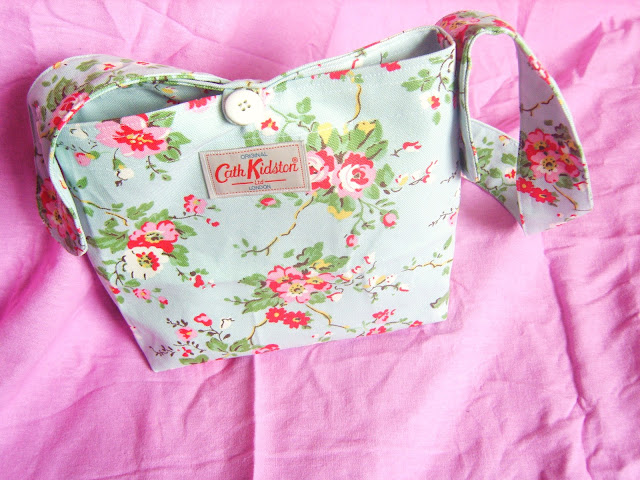 So as soon as I was alone I got sewing. Seriously took less than two hours.

And that included my first go at button holes... 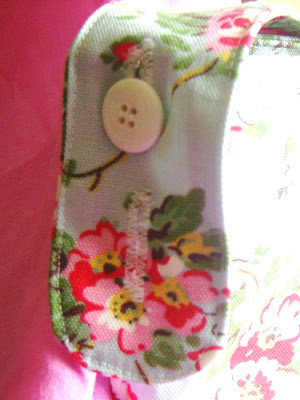 So you know, I don't have a special button hole maker on my machine. Just a zig-zag stitch!

Plus I used the pre cut pattern pieces to cut out some more out of oil cloth. The lace very cleverly covers where I melted the oilcloth while trying to iron the seam. 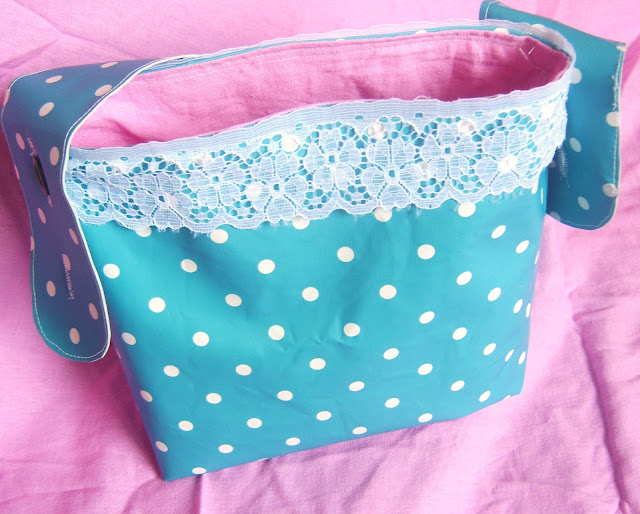 I lined this second bag too. And now Izzy's claimed it as her own for a changing bag. Her dolls need a lot of stuff apparently. 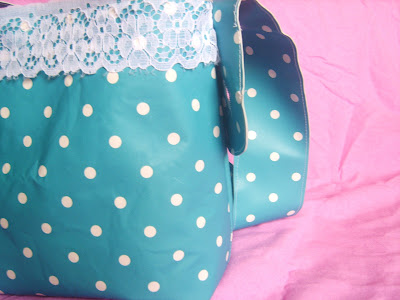 How about some awkward "with bag" poses? 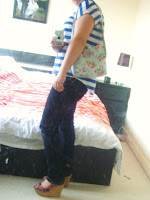 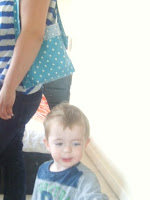 Aaaaand that's why you don't see much of me on the blog! (or my mirror, I swear it doesn't look that bad in real life!)

Oh and by the way, I just recently found a new favourite thing to do.

Izzy was at nursery school, Ethan had gone to my mum's for the morning. So while I cut and sewed I put in my earphones, turned my music up loud and belted out some tunes.

I'm so used to listening out for someone 24/7 and being loud and not listening was so good! Anyone else tried it? And what songs do you listen to? My favourite album is such a guilty pleasure, I'm not even sure I'm brave enough to share it!
Posted by Rhiannon at 21:00 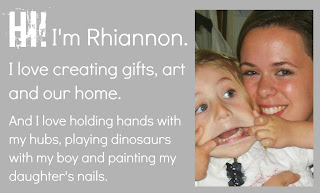 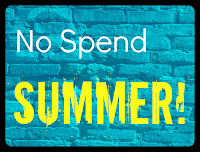 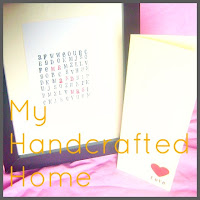 If I love your stuff